Ship Systems include anything that makes your ship work or works to make your ship. They either: produce or consume power, enable movement, enable control of the ship and other systems, produce items, refine items, or automate actions.

There are two types of thrusters in the game, one block-sized and one brick-sized. Although there is no complete need to put thrusters in any direction but forward and backward, thrusters placed on any of the "optional axis" will just improve mobility. For example, placing thrusters on the front will help your ship slow down faster, and placing them on the sides will allow you to make tighter turns.

The Hyperdrive enables your ship to travel across the stars. You (currently) only need one, one block, block to get your ship (of any size) anywhere in the galaxy faster than Han flew the Kessel Run.

This magical reactor pulls energy from the void, for free. In the future, other, more realistic power production methods will be added. The void reactor may remain as a top-tier or low-power reactor.

If you place reactors in cubes (and maybe lines, i think) they each work more efficiently than if they were all separate. (a 3x3x3 cube will produce more power than 27 individual, unconnected blocks)

!! The Shield System overall is currently broken, but will soon be remade into the new version of the game !!

The Shields in Skwanderers are bubble shields, not surface shields. They absorb projectile damage and prevent it from permanently damaging your ship's hull, until they are depleted or de-powered.

The shield generator produces that sweet, sweet shield juice you need to produce bubble shields for your ship. They work similar to the void reactor in the way they produce shield sauce - connect them in cubes/lines for more efficiency and faster production.

Currently, the capacitor acts as a universal juice box, able to store both protection juice and energy juice. Although the void reactor has recently been reworked, the shield generator (and shield system overall) is still in it's old state, and it is likely that the shield generator will work in nearly the same way as the current void reactor in the case of capacitor placement.

These various control-related items allow one, in general terms, to interact with, pilot, and automate actions on a ship.

These various cores define, in simple terms, what kind of vehicle your vehicle is.

Currently there are 3 vehicle cores and the turret core.

The Mech core currently doesn't work, as is has no interaction UI, and is not connectable to anything. 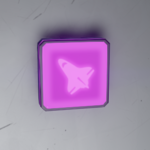 The Ship core defines the vehicle grid it is placed on as a ship, and allows it to be controlled as such

This Core allows your ship to be controlled like a hovercraft.

These various single items allow you to control things like turrets and ships.

All the old ones got removed, and now there's just the good ol' two-stick yoke for piloting ships, although (hopefully) other joysticks or control pads will be added as time progresses.

! Currently these are all pretty janky, so i'll add them when they work / exist !

Logic //will have own page[edit | edit source]

Logic allows you to connect together logic circuits to perform various operations and actions. All the standard logic gates are present, but none of the fancy ones - you'll have to make those yourself.

In addition to basic logic gates, there are also timers, and switches can be connected in a circuit to be used as toggles.